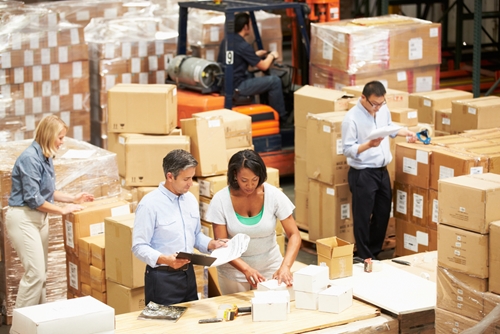 Prime Day 2017 was a huge success: Here’s what retailers need to know for next year

Retailers of all sizes must place high importance on having the right protective packaging for their items – especially during an event like Prime Day.

Amazon's Prime Day, for the third year in a row, persuaded millions of consumers to go on a mid-July cyber-shopping spree. This year's 30-hour day of deals brought in 60 percent more sales than last year, marking it the most active day in Amazon history, according to a press release from the online retailer. That also means a much higher number of packages are currently flowing through the parcel shipping system.

Though expected to be a day of soaring sales, the success can be somewhat shocking to retailers participating in the event, CNBC pointed out. Generally speaking, July sales are nowhere near the heights seen later in the year as holidays approach.

Yet small businesses and entrepreneurs that participated in the event saw rapidly rising sales as the day went on.

"We're absolutely thrilled – our daily sales increased by over 500 times on Prime Day. Within the first six hours, Furbo Dog Camera shot up to the No.1 Best Seller in four categories including the highly competitive pet supplies and home monitor category," explained one such retailer, Victor Chang of Furbo Dog Camera in Washington state.

"So far, this year's Prime Day sales increased 350 percent from last year's," explained Marcia Ricchiuti, who hand-makes jewelry in Hawaii and sells them in her shop, Kahili Creations. "Getting the opportunity to offer lightning deals as a Handmade at Amazon artisan has been a boom to my business."

Another year, another amazing #PrimeDay. A big thanks to all Prime members. Hope you enjoy your deals! pic.twitter.com/bsNL8OgYkY

Larger companies experienced incredibly high sales during the event as well. Some of the most popular purchases seen around the world included:

But, as many online shoppers know, a sale isn't truly complete until the item is in-hand, damage-free. With up to 60 percent more packages flowing through the parcel shipping cycle, the opportunity for damage could increase. Customer expectations are higher than ever. As evidenced through a study by Package Insight and Pregis, if a customer receives a damaged item, it could prevent them from buying from that retailer again in the future.

Retailers of all sizes must place a high importance on having the right protective packaging for their items – especially during an event like Prime Day, when consumers are excited about their deals and anticipate a positive experience from the moment they click the "Place your order" button to the minute their package arrives.

Prime Day is advertised as being a day dedicated to deals to benefit consumers. While many shoppers love Prime Day and the savings they experience, there are some commercial benefits as well.

"More than half of U.S. households may be using Amazon Prime by the end of 2017."

The first and most obvious is to have a day of huge sales growth. As demonstrated by the 60 percent growth, this was easily achieved.

The next purpose of Prime Day is to bring in more Amazon Prime members. The event succeeded on this count as well. Amazon reported that more new memberships were created on July 11 than any other day in Amazon history.

John Blackledge, an analyst at Cowen & Co., wrote in a note to the financial planning company's clients that the boost in subscriptions could mean that, by the end of the year, more than half of U.S. households will be using Amazon Prime. He followed up by saying this fact alone might be "arguably [the] biggest positive," of Prime Day 2017, CNBC reported.

With a growing portion of the population utilizing the perks that come along with an Amazon Prime membership, like exclusive discounts, free two-day shipping and even same-day shipping on some items, it's more important than ever that retailers always have protective packaging in stock and ready to go.

Additionally, for any retailers caught off-guard by the sales volume that came through on July 11, 2017: Don't let this happen twice. Get ready for next summer's sale event well in advance.

"We are already looking forward to our Prime Day celebration next year," commented Amazon Prime's Vice President Greg Greeley in a press release.

To learn about which protective packaging is best for adapting to peak shipping events and preventing damage, reach out to professionals at Pregis.